To share your memory on the wall of Vernon LeBlanc, sign in using one of the following options:

Print
Vernon Lawrence Leblanc, 89, a resident of Kearsarge died on Tuesday May 11, 2021 following a long and healthy life.

He was born in Lake Linden (Bootjack) on January 6, 1932, the son of the late Peter and Clara (Fournier) LeBlanc. He att... Read More
Vernon Lawrence Leblanc, 89, a resident of Kearsarge died on Tuesday May 11, 2021 following a long and healthy life.

He was born in Lake Linden (Bootjack) on January 6, 1932, the son of the late Peter and Clara (Fournier) LeBlanc. He attended the St. Joseph Elementary and the Lake Linden Public School. He was preceded in death by both sons; Peter (Barbara) LeBlanc, Bruce (Lorry) LeBlanc, his siblings, Isabelle (Roland) LaCasse, Anne (Peter) Cencich, Clarence (Betty) LeBlanc, and Ransom (Joanna) LeBlanc.

On October 3, 1952 he married Susan Lehto and they enjoyed 68 years together.

Vern went to work for the Calumet & Hecla but was drafted into the Korean War and served 14 months in the motor pool. He returned and went to Detroit and worked for Senco Products, from service-man to District Manager, for 23 years, retired and worked for the Hahn Co. for 10 years. He retired and eventually found his way back to the Copper Country and built a home in Lil Betsy and then again in Kearsarge.

As a youth, Vernon played softball for the Maple Leaf Bar, participated in football, basketball, and track in his high school years. He coached football and baseball, as his children grew. He enjoyed all sports and followed Lake Linden Football and basketball. Every football game, Vern could be found at the game early and all excited. But, Vern’s greatest love was hard work and he prepared a list for each day—the longer the list, the happier he was. He did some fishing on the “Big Lake” with his brother-in-law, Peter Lehto, and lots of bird hunting in the Keweenaw. His nickname was Gunner, as he sold Senco pneumatic tools and fasteners.

Vern was a religious man and faithfully attended church. He also served for several years on the Property Committee and Church Council.

A graveside service will be held at 11:00 am on Friday May 14, 2021 in Section 71 of the Lake View Cemetery with Pastor Jay Weidner to officiate.

The Erickson Crowley Peterson Funeral Home in Calumet is assisting the family with the arrangements.
Read Less

To send flowers to the family or plant a tree in memory of Vernon Lawrence LeBlanc, please visit our Heartfelt Sympathies Store.

There are no events scheduled. You can still show your support by sending flowers directly to the family, or planting a memorial tree in memory of Vernon Lawrence LeBlanc.
Visit the Heartfelt Sympathies Store

We encourage you to share your most beloved memories of Vernon here, so that the family and other loved ones can always see it. You can upload cherished photographs, or share your favorite stories, and can even comment on those shared by others.

Posted May 13, 2021 at 11:18pm
Dearest Susie......
We were heartbroken to learn of the passing of your precious Vern.
So many dear memories flooding our hearts. Yours and Vern’s friendship will always be a treasure to us.
We’re down in Savannah visiting in Dave’s family and new baby and so very sad to be missing Vern’s service tomorrow.
Our hearts will be with you for sure, and prayers for God’s comfort.
Much Love,
Anita & Paul
Comment Share
Share via: 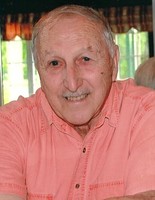